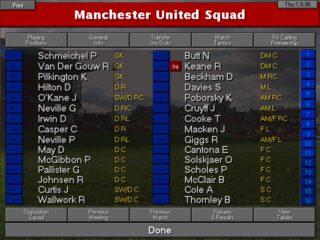 Championship Manager 96/97 is a new version of Championship Manager 2, the popular football management sim created by Sports Interactive. As you can imagine this re-release includes the seasonal updates for the 1996/1997 season, but this was not the only change. First the playable leagues were 3: England, Scotland and Italy. There were also several bug fixes, improvements and changes to the rules to reflect real-life changes in the world of football.

This game, released in September 1996, was the last one to be released for the Amiga, the platform where Championship Manager was initially launched.