Pinball Mania is an arcade pinball game developed by Spidersoft Limited and published by 21st Century Entertainment in 1995 for DOS and Amiga.

Pinball Mania is an arcade pinball game developed by Spidersoft Limited and published by 21st Century Entertainment in 1995 for DOS and Amiga.

This game is sort of a tie-in with the three previous pinball games done by Digital Illusions for 21st Century, Pinball Dreams, Pinball Fantasies, and Pinball Illusions.

Much like the previous three games, there are four tables to play on. Each table has it’s own theme, and they are Jail Break, Kick-Off, Jackpot, and Tarantula (they are Spidersoft, after all). Each table plays in the traditional arcade pinball way, with flippers, flashy lights, and things to bounce off to rack up those points using single ball playing action. Reviews on this title were very mixed, but any pinball fan will want to go for that high score!

Important! Use F1-F4 to select tables. Use F5 (Fn+Cmd+F5 on a Macbook) to open the options and redefine keys. 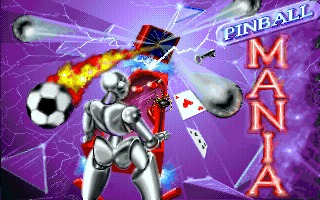 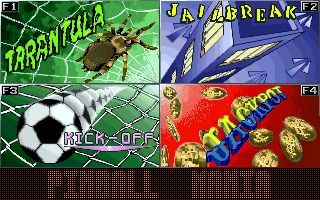 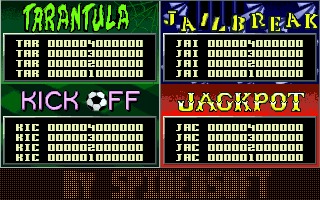 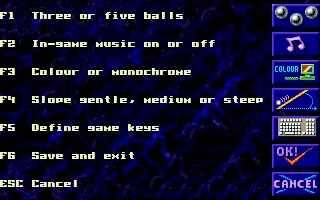 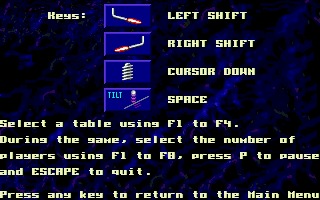 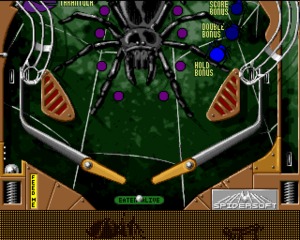 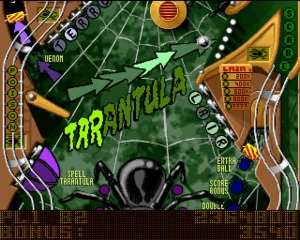 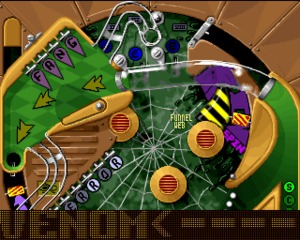 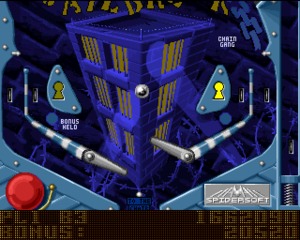 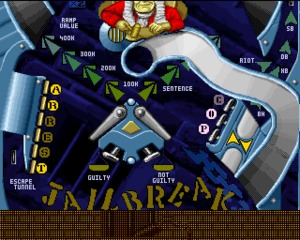