Ah, it’s been a while since I’ve graced you guys with a profile on a retro game designer. This particular profile is pretty unique in the way that it unfolds. We all know Chris Roberts as “the Wing Commander Guy.” But there is so much more to his story than that. It’s a controversial story fraught with legal issues, big goals, and mass disappointment.

I’ll start with the basics. Chris was born in California but grew up in England. By the time he was a teenager, he was already making games. In 1985, at just 16 years old, Chris created a game by the name of Wizadore for BBC Micro. It is a side-scrolling platformer where you play as a mage in his quest to save the realm. You have to uncover the three pieces of a magical sword to slay an evil dragon. Jump, climb ladders, and cast spells to defeat enemies. The game was a bestseller and convinced Ocean Software to assign him the conversion to BBC Micro of Match Day. A football game originally developed by John Ritman for ZX Spectrum.

The following year Chris would make Stryker’s Run. It was a collaboration between Chris and Phillip Meller. Set in the future, you take on the role of the titular Stryker on his mission to deliver sensitive data about the enemy to HQ. It is your job to take this information over land to avoid the risk of broadcasting it over the radio waves. Stryker is armed with his trusty laser pistol, and he can lob grenades at his enemies. He also can pilot aircraft that you find lying around. At least until the fuel runs out. Stryker’s Run did incredibly well and earned a few perfect scores from the critics.

In 1986 Chris made his way back to his homeland and began his career at ORIGIN Systems. Here he would work on games like Ultima V: Warriors of Destiny, the fifth installment in the epic award-winning Ultima RPG series. It was designed and produced by Richard "Lord British" Garriott, but Chris Roberts had the chance to join the design team.

This experience probably helped him with Times of Lore, published in 1988, a game that Chris Roberts designed and directed. The story has a somewhat similar storyline to Ultima V in that the king is missing in this game as well. Though, rather than overthrowing an evil usurper, you are tasked with protecting the now vulnerable kingdom from Barbarians. The game is played in real time with transitions from day to night and has zero loading screens. You have to explore and gather items and slay enemies. Try not to slaughter willy-nilly as it is possible to eliminate key characters forcing a restart of the game. Time of Lore did pretty well with critics who praised both the graphics as well as the sound. They also noted the simplicity of the gameplay allowing for most anyone to enjoy the game.

In 1990 ORIGIN released another game designed by Chris Roberts (with Jeff George): Bad Blood, a post-apocalyptic top-down action game. But Chris would not become a household name until he created his Wing Commander series. Wing Commander would wind up being the most successful franchise to come out of ORIGIN Systems. The game would become so popular that it would create a whole franchise, a series of books, and even get its movie, but I’m getting ahead of myself.

The first Wing Commander was born in 1990 and released for MS-DOS only. It was later ported to the Amiga and a few other platforms in the following years. It would earn several awards for things like ‘Best Action Game’, ‘Best Simulation’, as well as making a few ‘Best of All Time’ lists. The game is a space combat simulator, and the basic premise is that you are fresh out of the academy and plopped right in the midst of a massive war against alien forces known as the Kilrathi. You engage in space combat as seen from a first-person perspective inside the cockpit. You can check out a more detailed description on the game page.

Following the success of Wing Commander, a sequel was made in 1991 called Wing Commander II: Vengeance of the Kilrathi. Surprisingly, Chris would have a minimal contribution to this sequel - officially he was the creative director. Probably because he was busy creating another masterpiece: Strike Commander, a game that he directed, produced and also partially programmed. Released in 1993, the game is a flight simulator set in a future where the world has gone to hell. You play as a mercenary pilot trying to scratch out a life. Flying black market aircraft, you must purchase contracts and take part in aerial combat. Strike Commander did exceptionally well upon release, which leads to the creation of an add-on for the game called Strike Commander: Tactical Operations.

Chris went back to the canonical Wing Commander series as the director of Wing Commander III: Heart of the Tiger (1994). This is a game conceived like a movie, with a fantastic cast including famous actors like John Rhys‑Davies, Malcolm McDowell, Tom Wilson and Mark Hamill (yes, Luke Skywalker).

At the time of its release, it was the most expensive video game ever made (almost $4 million). This third chapter was a success, with more than 700000 copies sold just for the PC version and several awards won. Two years later Origins would release Wing Commander IV: The Price of Freedom, which was even more expensive than Wing Commander III. Chris directed the cutscenes.

After Wing Commander 4, Chris decided to make a very different career move. He, along with his brother Erin, and a few others, founded Digital Anvil. Here he wanted to take a stab at running his own company that would not only produce games but would also try to break into the movie business.

Digital Anvil’s first project would be the movie adaptation of Wing Commander. The undertaking would end up being a big expense with quite a bit of controversy surrounding the production costs vs. what the public got from experience. With big names like Freddie Prinze Jr and Matthew Lillard, how bad could it be? Pretty bad according to the viewers and critics. The movie failed to deliver on its promises and flopped at the box office for the most part. Watch the trailer below:

After this financial failure, the company moved back to the gaming scene and released their first game Starlancer in 2000 for Windows and Dreamcast. Starlancer was written by Chris with his brother Erin (who previously created Privateer 2: The Darkening). Unlike the movie, Starlancer was relatively successful for the company. Digital Anvil was eventually bought out by Microsoft who sold off some projects the company was working on to Ubisoft. Following this acquisition by Microsoft, Chris decided to jump ship once again and try to make it on his own.

In 2011, after several years spent in the movie industry, Chris decided to return home to the games and founded a new gaming company called Cloud Imperium Games. This is where Chris’ greatest controversy rears its head. Chris would propose a very ambitious game he dubbed Star Citizen. Chris did both Crowdfund and Kickstarter to fund this project. Chris quickly raised over 6 million dollars, surpassing the initial goal and breaking crowdfunding records in the video game category. By 2013, Chris has raised over 23 million dollars from several different sources and investors. The problem was, he didn’t have much to show for the money. People behind the scenes reported that Chris was a bit of a diva and challenging to work with/for. He had many big ideas but would move on to something else before finishing what he had already started. Many fans began to question what all the hold ups were and where exactly their money was being used.

Over the years there would be multiple E3 showings and demos and betas to keep the fans interested. For a project started in 2012, in 2018 there still is no release date. So far the game has raised/cost more than $148 million. That seems like a hell of a lot of money for a game that is still not officially released.

Star Citizen is a very ambitious open-world space exploration and combat sim. It promises freedom to explore, thrilling combat, the ability to make your own life in space however you see fit. You can make a living any way that suits you, trading, working, or being an outlaw. You can create your character using the customizer. There is a multitude of ships that can be acquired and piloted. Overall, it looks like it’s pretty cool. As of now you can go to their website and get access to an Alpha 3.1 version of the game if you’d like to check it out for yourself.

Featuring cinematic story, with actors such as Mark Hamill and Gillian Anderson, story-driven single player campaigns as well several multiplayer modes, space and ground combats, and much more, you can understand why fans eagerly await the full game release. This might be Chris Roberts' best game ever. 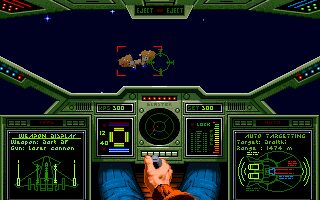 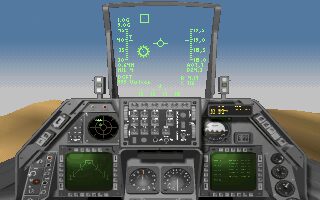 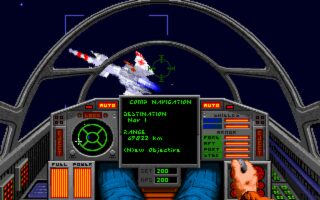 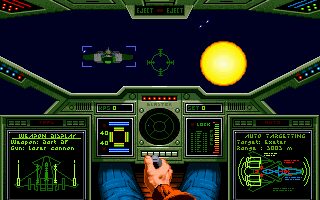 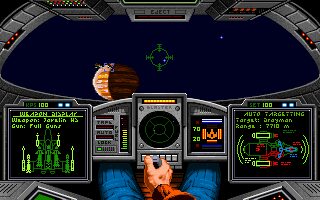 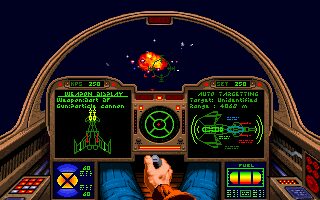 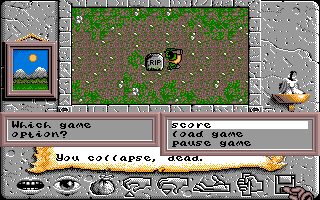 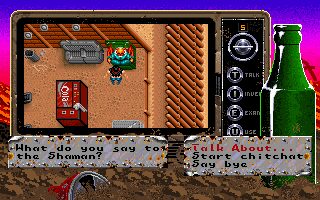 Ryan - 29 June 2018, 4:56 pm
I just turned 30 a few weeks ago. I was a young kid during the reign of a lot of the people you write about, but I grew up playing all of their games. Monkey Island, DOOM, Oregon Trail, Wing Commander....all amazing parts of my life. I can remember playing Wing Commander 3 and Wing Commander : Prophecy for weeks on end.
I love your articles and this whole website. I can't recommend it to people enough.