Battle Isle 2, also known as Battle Isle 2200 in America, is a top-down turn based strategy game released in 1994. 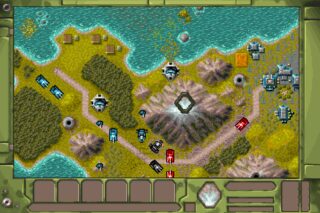 Battle Isle 2, also known as Battle Isle 2200 in America, is a top-down turn based strategy game released in 1994. It was developed by Blue Byte Software, who also published the game in Europe.

It's the second in the popular Battle Isle series. While Battle Isle was released simultaneously both for PC and Amiga, Blue Byte decided to create Battle Isle 2 for PC only.

Battle Isle 2 has a futuristic setting. The player is tasked with saving the planet of Chromos from the Titan-Net Empire. Together with a military computer called MilOp, the player marshals their forces. Players take turns fighting. The game's battles take place on a hexagonal grid. When a battle is fought, the combat is displayed in 3D. The game makes many improvements on the first Battle Isle, including improved graphics, and a more fleshed out storyline.

Germany's Gamestar placed Battle Isle 2 in the list of the “100 Most Important PC Games Of The Nineties”. It's a challenging game, and a well designed one. Much of gameplay depends on capturing the right resources. The fact that your units are limited in how far they can go by their fuel tanks leads you to think about where you're sending them. It's a complex adventure, full of strategy. If you have the patience for it, you'll love it.