Galactic: The Xmas Edition is an unreleased game created by Stavros Fasoulas in 1993 exclusively for the Amiga.

Galactic: The Xmas Edition is an unreleased game created by Stavros Fasoulas in 1993 exclusively for the Amiga.

It's a mix of a platformer and a flying multidirectional shooter, vaguely reminiscent of Robotron and Bubble Bobble.

The Finnish developer was well known for some excellent C64 games, including Sanxion and Quedex. That's why some previews of the game appeared on CU Amiga and The One. Finnish magazines also gave the early version of Galactic an excellent rating. But in the end, Fasoulas was not able to find an official publisher. So he decided to release an unfinished version, renamed Galactic: The Xmas Edition, on the cover disk of the January 1994 issue (out in December) of The ONE magazine. Perfectly in time for Christmas.

Galactic was probably not good enough to get an official release, but it's still fun, especially if you play it during the holidays! 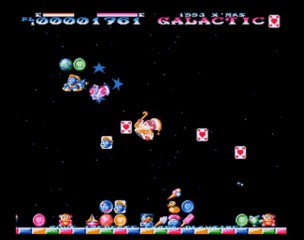 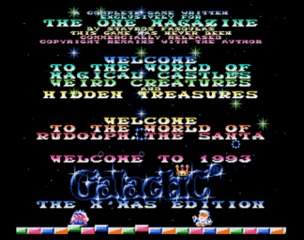 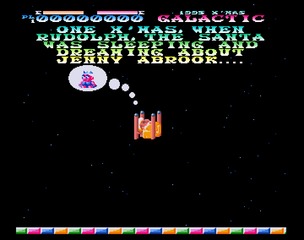 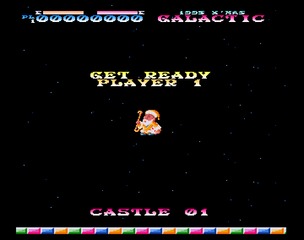 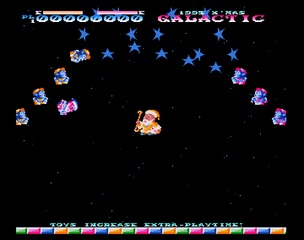 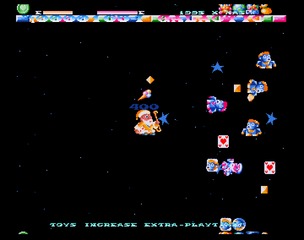 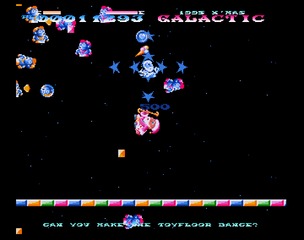 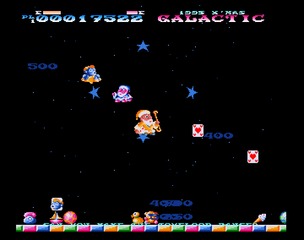 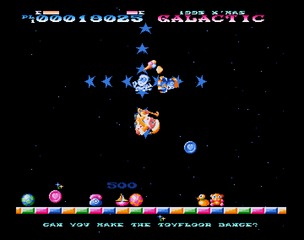 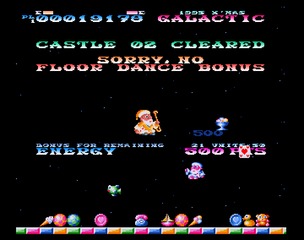