Return to Zork is a graphic adventure designed by Doug Barnett for Activision and released in 1993 for MS-DOS and Macintosh. 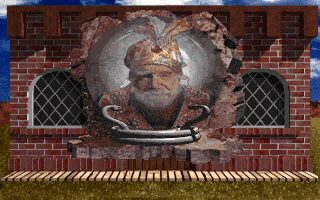 Return to Zork is a graphic adventure designed by Doug Barnett for Activision and released in 1993 for MS-DOS and Macintosh.

The game is one of the official sequels to the famous interactive fiction Zork: The Great Underground Empire, released in 1980. The two adventures anyway have very different gameplays, since Return to Zork is a fist person adventure that makes use of videos and real actors, just like Myst (which was released the same year). The creators of the game didn't even play any of the previous Zork games before they started working on this new chapter.

Puzzles are mostly based on inventory, combining objects in several ways will be fundamental to go ahead during the game. Unfortunately a terrible bug, one of the most hated of the history of videogames, prevented many players to complete the adventure, until finally a patch was released. Despite this, Return to Zork received very positive reviews and it's still a must-have for all adventure games lovers.