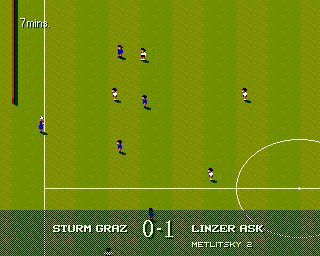 Sensible World of Soccer 95/96 is an improved version of Sensible World of Soccer, the soccer sim created by Sensible Soccer and considered by many the best game ever created for the Amiga. This '95/'96 Edition, released for the Amiga only, was not just a simple update with the new season's data. A few gameplay enhancements were introduced, including curling effects on low passes.

If you like soccer, you simply cannot miss this game. PES and FIFA are no match for SWOS!

Chris Chapman, the lead programmer declared that this was the version they originally had in mind when they started working on the game.