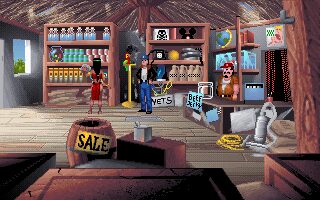 Flight of the Amazon Queen

Inspired to LucasArts adventures, Flight of the Amazon Queen is point-and-click graphic adventure created by Interactive Binary Illusions and published in 1995 for Amiga and MS-DOS. 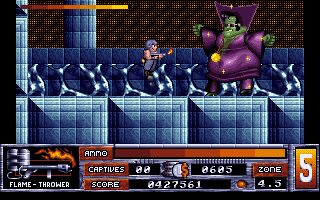 Alien Carnage (also known as Halloween Harry) is a follow-up to the 1985 game Halloween Harry, created for the Microbee System by John Passfield in 1985, but it has very little in common with the original game.