This is an updated and extended version of the article written by Tasha some time ago.

First, I was never much of a racing game fan (try not to hate me too much), so Geoff Crammond is a relatively new name for me. That is not to say I have never played any of his games. As a matter of fact, I played a couple of the Grand Prix series games. Though I used to get in trouble as a kid for pronouncing it "grand pricks." That said, I found the topic rather interesting to research. I have learned a lot about Sir Geoff and how he earned his well-deserved moniker.

Geoff Crammond is the man who shaped racing games as we know them. However, he did not get his start in the genre or the video game industry at all. Graduating with a degree in physics, he started as a defense industry systems engineer. During his work in defense, he learned the high-level language, Fortran. For those non-programmers out there (science major myself), Fortran is a general-purpose programming language good for numeric computation, roughly. Looking to learn more about programming, Geoff purchased a book on the 6502 microprocessor assembly language.

He was not without a taste for art, having done some oil painting as a younger man. He saw programming as an outlet for his artistic desires. With his newfound knowledge and past love for art, he set to work. In his efforts to learn how to write a game for his new computer, a BBC Micro, Geoff created Super Invaders (a clone of Space Invaders). The entire project only took him about three months to complete. Not knowing where to start, he bought advertising space in a magazine to market his game—simply mailing off cassettes when someone would order his product. Upon seeing Geoff's advertisement, someone suggested he contact a company named Acornsoft and pitch it to them. Geoff did just that and set up a time to show them the game. Acornsoft saw his creation, liked it, and decided to publish it. Geoff's foot was in the door.

Following this success, Acornsoft asked Geoff what his next project would be. He told them about an idea he had been kicking around for a while to create a 3D flying game. They liked the idea and told him to get started. At this point, Geoff was still at his day job and working on the game in his spare time. He chose a Supermarine Spitfire as his plane of choice. He got a hold of a pilot's manual and other data to do the simulation. This project took Geoff a year to complete, and the result was Aviator. A 3D flying game with unparalleled quality and realism. His first 3D game was a success. He was beginning to make a name for himself in the video game industry.

Impressed with the realism of his flying game, Acornsoft asked him to create a racing game for them. This request came as a result of the company's sponsorship of a Formula 3 racer by the name of David Hunt. Before beginning this project, Geoff decided to leave his day job in defense and pursue video games full-time. This seemed like the right move as he was expecting a new addition to the family, and both strains were no longer feasible.

Geoff had never really been into racing, but that was all about to change. With access to David and his crew, Geoff was able to experience what racing felt like firsthand. Geoff wanted as much realism as possible, so he used accurate 3D coordinates to create his game map. This technique had never been done before, and the result was an incredibly realistic racing experience. Revs was born. Revs was released for the BBC Micro in 1984. It included only the Silverstone track, but its success convinced Acornsoft to release a new version in 1985 with four more tracks.

In 1986 Firebird released a Commodore 64 version of Revs. This edition included the Nürburgring track, modeled with accurate 3D data of the actual circuit. An impressive level of realism.

After the success of Revs, Geoff decided to go a different way. Inspired by the fact that home computers were not powerful enough to do detailed real-time 3D action, he set out to try something new. To counteract the shortcomings of home computers at the time, Crammond did 3D polygon rendering. When scrolled, he would not need to re-render save for a tiny bit coming from the edge of the screen. Geoff used his new technique to create his game: The Sentinel, the first game to feature solid-filled 3D computer graphics on home computers. The game, released in the United States as The Sentry, was developed for the BBC Micro and then ported to Commodore 64. Crammond himself programmed the C64 version.

The uniqueness of this game earned it the title of the first virtual reality game. Vastly different from Crammond's other titles and wildly popular, it inspired two unofficial clones. The Sentinel lives on today through user-made patches.

Once Geoff Crammond had finished up with The Sentinel, he was ready to move on. After this deviation, Geoff came back to the racing genre. Though he still chose to do something a little different. While playing around in a land-roving vehicle sim he created, he discovered how fun it was to jump off of 'ramps'. This gave him the idea to create a game that incorporated elevated tracks and clearing jumps into the races. This new game also included 'boosts' to help with speed and a damage system to counter-keeping the pedal to the metal. He called his new game Stunt Car Racer. He developed it for the Atari ST computer in 1989.

Stunt Car Racer (aka Stunt Track Racer in the USA) was critically acclaimed and won multiple awards after its release. This game also featured a multiplayer linked play mode, allowing an Atari ST to connect to an Amiga, a unique and popular feature for the game. Another good move for Mr. Crammond. A sequel was in the works, but it never saw the light of day due to funding issues.

It was now time for Sir Geoff to create the series that would make him a legend: Formula 1 Grand Prix. At this time in his career, he was with MicroProse, which was in talks with McLaren, a top racing team at the time, for a licensing deal. Geoff was more than a little excited about this possible deal. He had followed Formula 1 racing since his work on Revs years earlier. He was so eager to get started that he had created a fully working demo, with a track and a car, by the company's first meeting with McLaren. Though the deal ultimately fell through, Geoff was so far into production, and they decided to finish the project anyway.

This time, Geoff developed the game for the Amiga. He wanted his game to be realistic but drive-able, so he introduced steering help into the game. Though many criticized this new addition, Formula One Grand Prix was still a hit. The game was published for the Amiga and Atari ST in 1991. In North America, the game would be released in 1992, with the title World Circuit.

Geoff would go on to make three more games in the series. Grand Prix II was released by MicroProse in 1996, exclusively for the PC MS-DOS. This means Crammond personally programmed games for at least five different machines: BBC Micro, Commodore 64, Atari ST, then Amiga, and finally PC!

Interestingly, Grand Prix II was supposedly used by Formula 1 racer Jacques Villeneuve to learn the tracks. Believe it or not, one year later, Villeneuve won the FIA World Championship title.

Grand Prix 3, though seen by many as the weakest installment, Geoff considers it the one he made the most advancements with. It was released in 2000. This version introduced the all-new wet weather system, including variable water depths and grip changes. This system even featured parts of the track being dry while others were wet.

Geoff completely overhauled the modeling of the transmission system, the tires and incorporated an active differential system. It was also the first time that the cars could do 'doughnuts' and flip upside down. Geoff stated in an interview, "This kind of enhancement was not trivial." Grand Prix 3 also saw the addition of the ability to collide with debris.

The last game that Geoff would ever release publicly was Grand Prix 4. Working with a team of about 30 at MicroProse, he worked on the physics and AI for the game. He also took raw GPS data and converted it into a physics track mesh that would contain everything inside. From there, MicroProse finished the game with minimal input from Geoff, save for providing interfaces and things of that nature.

Infogrames owned MicroProse at this time, and Infogrames intended to rush the release to beat EA's F1 2000. Due to this, GP4 was released with so many bugs it was almost unplayable. Despite this, the game still had modest commercial success. Work began on an XBOX conversion of the title, but it was never finished. Just three months after the release of GP4, Infogrames shut down MicroProse Studios. It was the end of the Grand Prix series and a sad one at that. Fans continue to support GP4 with their unofficial mods.

Since the closing of MicroProse Studios, Geoff has fallen off the grid. He has not publicly released a game since 2002, and he states that he still plays around with it as a hobby, programming exclusively in C++.

Our legendary programmer and game designer has no current plans to release anything to the public. Perhaps he will come out of retirement with some new gaming innovation one day. Until then, we will have to enjoy his previous works and wait. Thank you, Geoff! 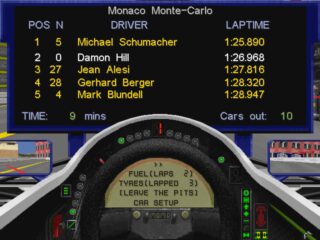 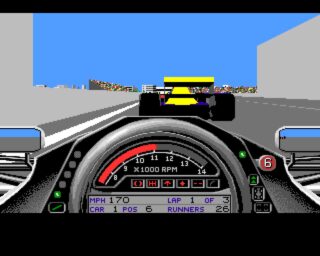 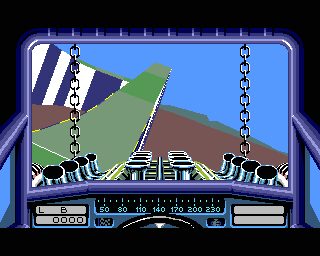 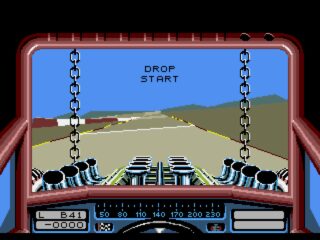 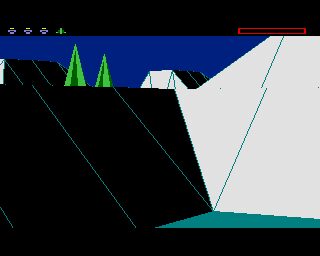 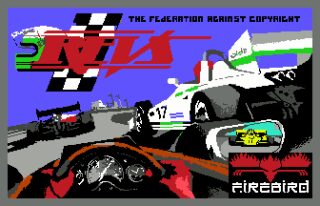 Carlos Spindula - 6 February 2017, 10:31 am
Very good this series showing the game programmers! I would suggest Larry Holland, who programmed the fabulous game "Secret weapons of the luftwaffe" and "XWing", in this section!