The mind behind Future Wars and Flashback

Paul Cuisset is considered one of the most prolific minds in the French video game industry. He has been in the game for a long time, starting his career in the 1980’s.

In 1988, Paul became the coordinator and lead designer for a company founded by Paul de Senneville, known as Delphine Software International. That same year Cuisset created the company’s first game, Bio Challenge. This science fiction platformer fared well with critics for being the first original game idea in a while. It was also praised for its graphics, soundtrack, and ‘technical excellence’.

A year into the company’s run (1989) Paul would co-create the game Future Wars with another famous French game designer, Eric Chahi. At that time Chahi was still relatively unknown, but this collaboration as well as his subsequent creation of Another World while at Delphine would change that. The two men wanted to bring a movie-like quality to their game and wanted to make very cinematic cutscenes. At that time Paul had just finished making an entire department dedicated to cutscene creation. Future Wars was the premier game for Delphine’s Cinematique game engine. This engine worked well with the backgrounds that Eric had made for the game.

In the game players assumed the role of a window washer whose immaturity leads him to discover a hidden time machine. How could he resist trying it out? He travels back in time and become embroiled in a plot to stop an alien invasion. Future Wars was released to a relatively good critical reception due to its gripping story and beautiful graphics.

In 1991, Paul created his first murder mystery adventure game, Cruise for a Corpse. In this classic mystery you play the part of an inspector who is invited onto his rich friend’s boat for some leisure time. This little bit of rest and relaxation quickly turns into a investigation into his friend’s murder. The inspector has to search the ship, speak to the suspects, and solve the mystery. Cruise for a Corpse made use of the Cinematique engine, evolution 2, which changed the verb command interface into a context-based one.

The game was praised for its cinematic animations and classic whodunit elements by critics, but lost points for difficulty. Regardless of the critics’ whining of difficulty, players truly enjoyed this adventure gem and it served Paul well.

The following year in 1992 Paul would create his most famous title, Flashback. Flashback: The Quest for Identity is not only an interesting game, but the story behind its creation is unique. The game was originally meant to be tied into the story of The Godfather (yes, the Francis Ford Coppola movie). It was meant to be set later on in the future, but Paul took it even further than the intended era. So much so that the company who approached them about the project, US Gold, didn’t think that it had anything to do with The Godfather and it was rejected. Undeterred, Paul tweaked the game’s story and design to make it work; the result was magic. Using inspiration from movies at the time like Total Recall, Back to the Future, and The Terminator, Flashback was born. The game made use of 3D cutscenes and digitized voice acting. Paul would draw inspiration from the technique used on the game Prince of Persia known as rotoscoping. This technique greatly increased the realism he was able to bring to the animation of the characters.

For Flashback you play as Connor, a poor guy who forgot who he was and is being pursued by aliens. He barely escapes his pursuers and ends up crash landing on an uncharted planet. Searching through his pockets he finds a recording he made for himself before he lost his memory telling him where to start. From there Connor is on a journey to survive long enough to find out who he is.

The game was wildly successful and sold so well (1.25 million copies) it was placed in the Guinness Book of World Records as the best-selling French game of all time. Despite the success, Paul himself says, “We didn’t manage to do exactly what I wanted to in the game.”

In the meantime between Flashback and its sequel Fade to Black, Paul created the strange 2D fighter game, Shaq Fu in 1994. I remember this one and thinking how odd it was that it was a fighting game with Shaquille O’Neal. Unfortunately, the game did not do well and ended up becoming one of the worst games of all time.

Fade to Black was the sequel to Flashback and it was released in 1995. Fade to Black picked up the storyline from Flashback and you again play as Connor immediately following the events of the first game. In this sequel Connor must again face his alien pursuers, but this time he has to stop their master brain. The game features two endings depending on the actions of the player following the final boss. The game did not see the same success as Flashback, of course, but the bar was set extremely high.

After the success of Flashback slacked off some, Paul became involved with the Moto Racer series. Moto Racer was a motorcycle racing game that featured motocross and superbike street races. The first Moto Racer was released in 1997 and it had some mixed reviews from critics, but actual players enjoyed it.

In 2003, Paul’s company Delphine Software International was sold to Doki Denki. The company was only around one more year before it was closed and liquidated. After the closing of his first company, Paul co-founded the Vector Cell development company with French game developer Lexis Numerique in 2005. Paul would only manage to produce three games at this company before bankruptcy put them out of business in 2013.

One of these games was called Amy and it was released in 2012. I myself had the opportunity to play a demo of this game. I liked what I played of it, but critics felt differently. The game was interesting in that Paul took a risk of having two female protagonists who weren’t dressed skimpily or wielding weapons. The story was about a woman who was escorting a little girl through a monster filled city. Amy is the little girl, she’s 8, autistic, and wields unusual powers. Playing as Lana, you must protect Amy from the creatures as she is immune to the disease that mutated the citizens. Amy can also cure Lana of the disease when she is exposed to infected people for too long. The game pretty much bombed, unfortunately.

Shortly before the company went out of business, Paul tried to recapture the magic of Flashback by releasing a remake of the popular title in 2013. The game did nowhere near as well as the original. The failure of these titles lead to the eventual closure of Vector Cell.

Paul, undaunted by the failure of his former companies, moved on to his next project; I fully respect his resiliency. He became involved with Microids, a French software brand that belongs to Anuman Interactive, Paul released the fan funded Subject 13 in 2015. The game is done in true adventure style, finding items, using mechanisms, and unraveling the mystery. With a few issues of clunky controls and an overly complex final puzzle, the game was not well-liked by critics. The fans who supported its making are a different story.

29 years later (literally just one year younger than I am) Paul’s career shows no signs of ending. This is a man dedicated to his games and loves to code. There is no information on Paul’s current projects, but there are rumors that 2017 is going to be a busy year for the designer. We will just have to wait and see. 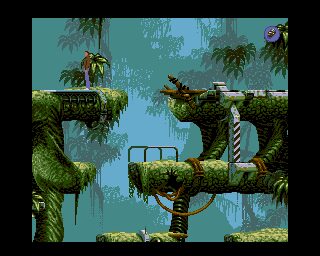 Flashback: The Quest for Identity (1993) 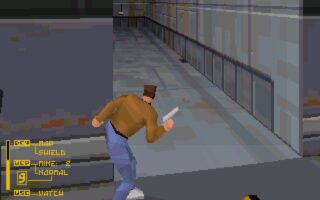 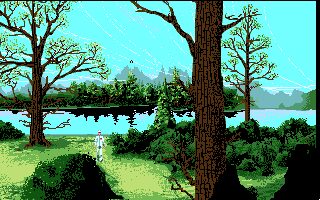 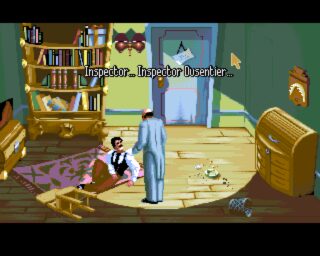 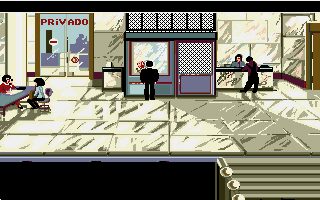 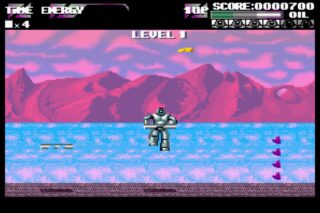 Will Carroll - 3 April 2017, 3:46 pm
Wow!!! Amazing talent. With the exception of Amy I purchased and treasured everyone of the games listed here, all of them 5 star games. Most of them I have played on multiple systems and still enjoy playing. Good article.