The man behind Shadow of the Beast, Destruction Derby and Driver

Martin Edmondson is best known for his work on the Shadow of the Beast and Driver series. This UK native got to spend a large part of his career doing what he loved with his brother, Gareth. The two no longer work together, but I doubt it has anything to do with bad blood. I’d guess just shifting interests.

Martin Edmondson would begin his career by founding his first company, Reflections Interactive, in 1984. Right off the bat, Martin started to work on, along with Nicholas Chamberlain, a clone of the game Paperboy (one of my favorites), that they dubbed Paper-Round. Ultimately this clone never saw the light of day, but Martin and Nicholas would eventually move on to working on a new project called Ravenskull. Ravenskull would be the company’s premier game, released in 1986 for the BBC Micro and Acorn Electron. This adventure title gives the player the option of 4 classes: Adventurer, Elf, Warrior, or Wizard. Once you have chosen your class, it is your task to roam around Castle Ravenskull to find all the pieces of a silver crucifix.

The game utilizes a top-down view as you explore maze-like levels. Every level has enemies to dodge (sorry, no weapons) and specific items that must be collected before the crucifix pieces can be taken.

The company would complete two more projects: the porting to Acorn Electron of Strykers Run (a game for the BBC Micro designed by Chris Roberts, creator of the Wing Commander series) and its sequel, Codename Droid: Stryker's Run - Part 2.

In 1989 Martin would work on and release his first hit, Shadow of the Beast. This game would be his first title to use the name Reflections. It was also their first title published by Psygnosis. That’s a lot of firsts. Anyway, Shadow of the Beast is a side-scrolling platform game with a fantasy theme. Playing as a tragic hero, Aarbron, you are on a path of revenge. Taken as a child and forced into the service of the Priests of the Beast Lord, he was molded into a slave of the Beast Lord. Shadow of the Beast did very well upon release. It was appreciated for its incredible graphics with twelve levels of parallax scrolling, and for the high-quality soundtrack composed by David Whittaker. The game had been ported and remade multiple times since then, all the way up to PS4 in 2016.

In Shadow of the Beast II, released in 1990, the Beast Lord is defeated, but our tragic hero must now find his kidnapped sister and defeat a dragon. He spends much of his time in a half-beast form that makes him kind of look like a caveman, complete with a loincloth. Like the previous game, it plays like a side-scroller where you jump and punch your way through the levels. With gameplay not too different from the original, this sequel did pretty well, despite a difficulty level not very balanced. But the intro was marvelous. The game took home an award for Best Graphics.

In 1990 Reflections released another game called Awesome. This sci-fi shooter was designed and programmed by Martin Edmondson with Cormac Batstone. The two created also the graphics of the game, while Tim Wright composed the soundtrack.

Shadow of the Beast III, released in 1992, is the third and final entry into the series. Aarbron is once again up against his former slave master, the Beast Lord. Having evolved through the games from beast to human, Aarbron must collect four artifacts to defeat his enemy once and for all. I have noticed that Aarbron is gotten progressively more dressed too. Adding pants, boots, a hat, and a backpack, he sort of puts me in mind of a shirtless Indiana Jones.

He now wields a projectile weapon that looks to me like a ninja star (or shuriken). With similar gameplay to the others, but less frustrating than the second chapter, Shadow of the Beast III did well upon release and even won a couple of awards.

Martin would make Destruction Derby in 1995, and it would prove a very successful title. So much so that it got four sequels and influenced the company’s genre shift. This vehicular combat game would garner much praise for its realistic physics and fun destruction. Heavily influenced by demolition derbies, the game offers racing with a twist. It features four play modes: Destruction Derby allows players to earn points for how much destruction and mayhem they cause; Stock Car Racing is all about reaching the finish line first; Wreckin’ Racing is if the first two play modes had a baby, offering points for placing and destroying. Time Trial is just a solo ‘beat your best time’ type of play. As I mentioned the game got four sequels, but Martin himself was not involved past Destruction Derby 2.

In 1999, after Reflections changed hands for the first time, being acquired by GT Interactive, Martin would make his first entry into this Driver series. In the original Driver, you assume the role of ex-race car driver turned detective, Tanner, as he goes undercover to take down a criminal organization from the inside. Driver offers an open exploration of the town, like more recent games like Grand Theft Auto and L.A. Noire. Each of the play modes gives you a different way to enjoy the cities and play any way you want. There is also a nifty little Director’s Mode where you can place your cameras and film badass custom replays of your favorite snippets of gameplay. Driver was very successful when it was released, grabbing up a few awards and spawning several sequels and spin-offs.

Martin would go on to work on Driver 2 and Driv3r. However, Martin would not be involved with all of the sequels and spin-offs due to a dispute with Atari. The dispute caused Martin to leave Reflections in 2004, with his brother, Gareth, stepping up to manage the studio. The battle with Atari was eventually settled by selling the company to Ubisoft in 2006, thus becoming Ubisoft Reflections. Ubisoft decided they wanted to continue the Driver series. They initially asked Martin merely to consult with Driver: San Francisco before eventually asking him to be the creative director. Driver: San Francisco was released in 2011.

While the game featured a lot of familiar faces, it introduced a lot of new gameplay mechanics. The hero of the Driver series, Tanner, is in a coma, which he is unaware of. While in this coma he has found that he has become incorporeal and can now “shift” into the body of anyone. This is how you progress through the storyline. Martin himself considered this gameplay mechanic to be a risky addition to the game. The gamble paid off as Driver: San Francisco did very well when it was released with many players celebrating the comeback of the series.

After the release of the final game in the Driver series, both brothers decided to leave Reflections and take on new roles at a mobile game company, Thumbstar. Martin would become the chief creative officer, while Gareth would become CEO of the company. The duo would have a hand in cranking out mobile games such as Gunfinger and Gem Smashers.The company does pretty well and even crossed international waters in 2012. In 2016 Gareth left Thumbstar to begin working for Creative Assembly. Martin, however, is still a part Thumbstar. He is also the director of Martin Edmondson Limited and Energetic Holdings Limited. Sounds like he’s a busy man. 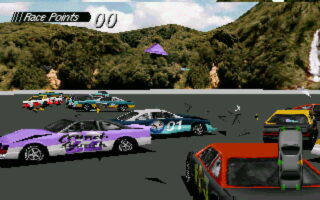 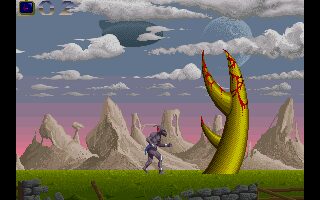 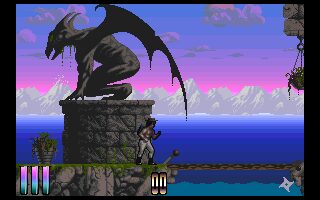 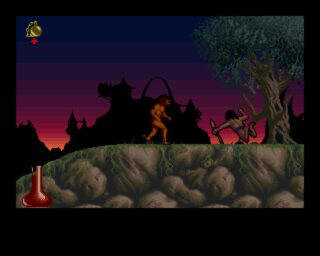 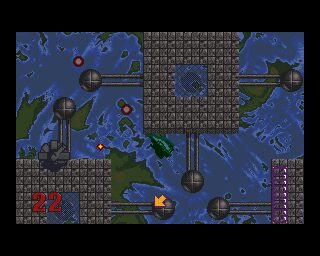 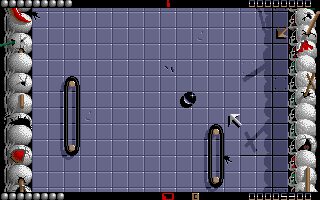