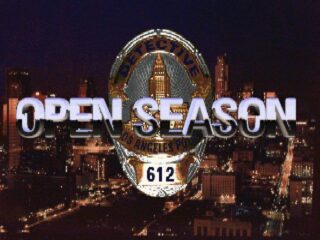 Police Quest IV: Open Season is the fourth chapter of the Sierra On-Line detective adventures series. Released in 1993 for DOS, Macintosh and Windows 3.x, unlike the previous games it was designed by Tammy Dargan and produced by Daryl Gates, a former L.A. Chief. Open Season is much more realistic and can be considered a simulation of real investigations.