Dissolution of Eternity is the second expansion (or mission pack) for Quake. 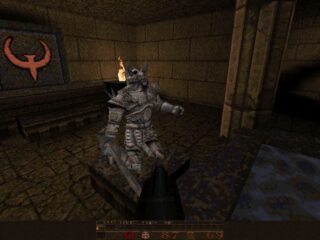 Dissolution of Eternity is the second expansion (or mission pack) for Quake. Developed by Rogue Entertainment, it was released on March 1997 for PC only. It includes 2 new episodes, each one with 15 single player levels, plus a multiplayer level.

Compared to the original game there are several new monsters and new types of bosses, including Lava Men, Overlords, large Wraths, and a dragon. Instead of offering new weapons, Dissolution of Eternity introduces four new types of ammo for existing weapons, such as "lava nails" for the Nailgun and the cluster grenades for the Grenade Launcher.