Castle of the Winds

Castle of the Winds is roguelike fantasy RPG developed by Rick Saada for Windows 3. 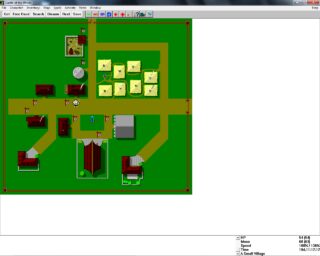 Castle of the Winds is roguelike fantasy RPG developed by Rick Saada for Windows 3.1 and released by Epic MegaGames in 1993. It's the first episode of a quite famous series and one of the most successful games ever created for Windows 3.x. Released initially as shareware, the series was declared freeware by his author in 1998.

Saada was working at Microsoft, in the team dedicated to DOS, but he thought that the future was Windows. He decided to learn Windows application development putting into practice his passion for games. Instead of creating a DOS game with VGA graphics, Saada chose to design a game fully integrated with the Windows 3.x operative system, using native UI elements, controlled with a mouse, and the default 16 system colors. The result is a game maybe not exciting regarding visuals, but very interesting in terms of gameplay. You will find a strong focus on magic and spells, but also items, that can be cursed and enchanted, and even renamed. All the elements are randomly generated, like in Diablo, which makes the level of replayability very high, and it's probably one of the best aspects of this game.