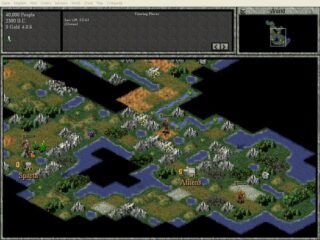 As we know, the first Civilization, the turn-based strategy game created by Sid Meier and Bruce Shelley, was a huge success. The series saw a sequel in 1996, with Civilization 2 (not mentioning the spin-off Colonization, released in 1994). Civ II, faithful to the formula, but with improved isometric graphics, compared to the top-down 2D view of the first title, was again a hit. However, in 1999, the situation was not so good for MicroProse. After several legal issues, Activision was able to release its own "Civ-style" game called Civilization: Call to Power, and Civilization 3 was not in radar yet. So MPS decided to create this extended version of the original Civilization II, compatible with the new 32-bit Windows and, most importantly, enriched with several new scenarios.

With Test of Time, players can enjoy the usual Civilization experience but with new fantasy and science-fiction settings. Of course, this means new units, new buildings, new graphics, new backgrounds, and more. If you choose fantasy, instead of Romans, Egyptians, Americans, and so on, you can now select between Humans, Goblins, Elves, Merfolk, Undead, and more. There is also a Midgard scenario, a mix between Nordic and Celtic folklore. In addition to the new settings, we also have the classic experience and the "extended classic." This choice will allow you to continue playing, also after you reach Alpha Centauri and it's an exciting option.

Civilization II: Test of Time received mixed reviews. Somebody said it was not innovative enough. The truth is it's just a "modded" version of Civilization II. But where's the problem? Civ 2 is a masterpiece, no need to change it, right?