The first revolutionary Football Manager was created by Addictive Games in 1982 for the ZX Spectrum and then ported to many other platforms. 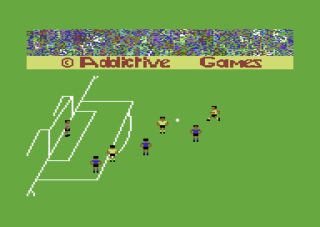 The first revolutionary Football Manager was created by Addictive Games in 1982 for the ZX Spectrum and then ported to many other platforms.

Kevin Toms created the first version of the game on a clone of the TRS-80. The official launch arrived only in 1982 when Kevin ported the game to the ZX81 and later for the ZX Spectrum, adding the animated highlights of the match. For the occasion, the author opened a new company called Addictive Games. A perfect title since the game was genuinely addictive!

The colossal success convinced the author to port the game to other computers. Two years later, the conversions for Commodore 64, Amstrad CPC, BBC Micro, Dragon 32, Oric were released. There will also be versions for MSX, MS-DOS, Atari 8-bit, Atari ST, Amiga during the following years.

Football Manager invented a genre, and it set the basic rules of games like this. The goal is what you can expect: choose your club, and take it from the 4th division to the first division. To do that, you have to manage the team, selecting the best players for each match, considering their skills and energy. If you don't let them rest, injuries will happen. You will also have to pay attention to the financial aspect, checking the expenses and revenue every week. If you don't have enough money, you can ask for a loan or try to sell a player. You will also need to buy new players to reinforce your teams. To do that, check what are the names available and bid for them.

But the best part, at least in the most advanced versions, like the C64 one, are the highlights. You can sit and watch when the matches start, hoping that your team will score a goal. The randomly generated actions are impressive, perfectly animated, and a pleasure to watch. The highlight was the only part of the game that used a graphical mode; the rest was text-only and written "simply" in BASIC. In fact, Football Manager is one of the most successful games written in BASIC programming language.