Sinbad and the Throne of the Falcon

Sinbad and the Throne of the Falcon is an action-adventure published by Cinemaware initially in 1987 for the Amiga. 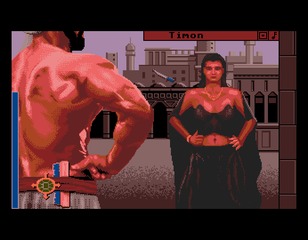 Sinbad and the Throne of the Falcon is an action-adventure published by Cinemaware initially in 1987 for the Amiga.

The game was entirely created by Bill Williams, also known for the excellent Mind Walker, released one year before.

We are talking about the early games for the Commodore 16-bit platform, often created with a limited budget and by one or two developers only. This is precisely the case of Sinbad.

Bill Williams was the first to be not happy with the game. He satisfied all the requests of Cinemaware, and he felt that this ruined his initial idea.

To be honest, the only element that is below standard is the graphics, definitely not comparable with other Cinemaware releases such as Defender of the Crown. But the rest of the game is enjoyable. The music, the story, and the overall atmosphere are excellent. Sinbad is well written, with many dialogues, almost like a pure adventure, with the addition of mini-games.

Since the title had potential, Cinemaware hired a team to redo the graphics to be used for the new releases: Atari ST, Commodore 64, Apple IIgs, and MS-DOS, which would be published in the following years. The difference was visible. It was probably the only case where an Amiga owner had to envy other users. It was quite rare at the end of the '80s.

In 2018, on the English Amiga Board forum, some users started to talk about this, and a member of the group, Phil "meynaf" G, recreated a new Amiga port of the game starting from the Atari ST version. So, after more than 20 years from the initial release, we can enjoy an Amiga version with the ST graphics. The best of both worlds.

For the nostalgic ones, we also provided the original version from 1987. The choice is yours. Enjoy! 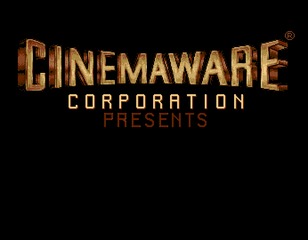 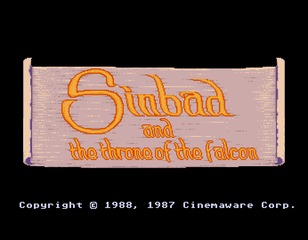 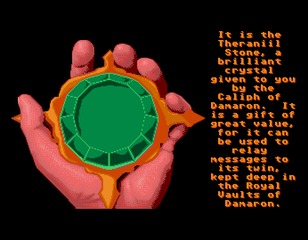 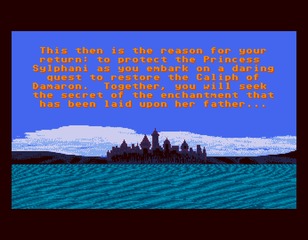 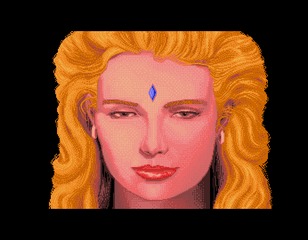 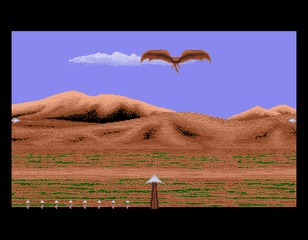 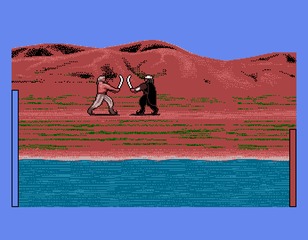 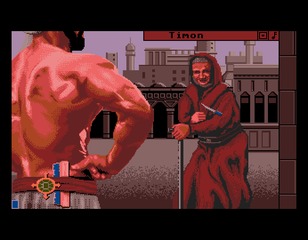 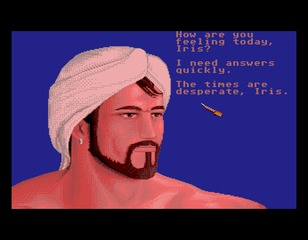 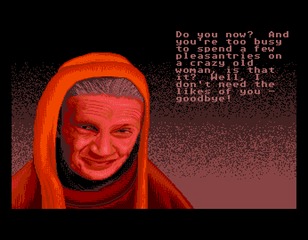 Download Sinbad and the Throne of the Falcon - Amiga Version