Heroes of the 16-bit: The Story of Thalion Software

Ask any expert of the 16-bit era about Thalion, and you will always hear the same statement: it was one of the most talented studios of the 90’s. This relatively small company left us some of the best titles ever created for the Atari ST and Amiga, a legacy of games that we will play for a long time.

The story began in 1988 when Thalion Software was founded by Holger Flöttmann and Udo Fisher, both members of a demomakers group for the Atari ST, called "The Exceptions". The company was based in Gütersloh, Germany.

Erik Simon, another member of The Exceptions, joined them as a co-founder. The three companions started to hire talents from the 16-bit demo scene: artists, musicians, and extremely competent coders, people able to push the hardware of the ST and Amiga to do things nobody thought was possible. If this was not enough, some ex-Rainbow Arts team members joined the company too.

The first game to be released by Thalion was supposed to be Dragonflight, an ambitious RPG designed by Erik Simon and coded by Udo Fisher, who had started working on it as a private project. However, things went a bit differently: financial troubles soon forced the founders to sell the company to Ariolasoft and hasten the release of a game.

Dragonflight was not ready yet, so Thalion published another game, Chambers of Shaolin, a martial arts fighting game (somehow inspired to Jordan Mechner's Karateka and Way of the Tiger).

Designed by Holger Flöttmann, the game features an amazing soundtrack by Jochen Hippel. The reception was very positive and set an excellent start for the software house.

Dragonflight was finally released in 1990. Inspired to the Ultima series, this open-ended, fantasy RPG featured an enormous world that the player could explore freely. From the top-down view of the environment exploration, the game was switching to a Dungeon Master-style pseudo-3D view in the dungeons. Combat was managed in turns, from a side-view perspective.

The same year Thalion released Wings of Death, a fantasy shooter that shocked Atari ST owners. For the first time, they saw a game with more than 90 objects on screen running smoothly at 50hz. It was also showing hundreds of colors, while the Atari ST was supposed to be limited to 16 colors. The game design and coding were made by Marc Rosocha.

However, this was not the only present ST owners received that year. Enchanted Land was a fantasy platformer programmed by Niclas Thisell, considered by many the best ST coder ever. The game featured sync scrolling, transparency, 10 layers of parallax scrolling and again, an "impossible" amount of colors visible on the screen.

In 1992 Thalion published the first chapter of the never completed "Amber" trilogy: Amberstar. The concept of this fantasy RPG, the spiritual successor of Dragonflight, was created by Karsten Köper. The game was developed initially on the ST by Jurie Horneman, then ported to Amiga and MS-DOS.

Like Dragonflight, the game alternates a top-down view during exploration and a pseudo-3D view inside the dungeons. Amberstar is big, with many cities to visits, a compelling storyline, plenty of side quests and NPCs. Thalion succeeded in creating a marvelous fantasy world that you can explore freely, with a day and night cycle that affects NPC behavior and shops, a complete magic system, horses and boat transportation, auto-mapping and much more.

The same year Thalion published No Second Prize, a 3D motorcycle simulation programmed by Chris Jungen, which was able to create a super fast polygon graphics engine for this game.

As if this was not enough, in November 1992 the cover disk of One Amiga presented a playable demo of one of the greatest Amiga games ever created: Lionheart. The game, designed by Erik Simon and coded by Erwin Kloibhofer and Michael Bittner, was published in January 1993. Technically perfect and with fantastic gameplay, this fantasy platformer stands out for its visuals. The artist, Henk Nieborg, created what is considered by many the best graphics ever seen on an Amiga game. As usual, Thalion guys could not accept the limits of the hardware: instead of 32 colors on the screen, Lionheart was showing almost 600 colors. Add several layers of parallax scrolling, a gorgeous intro and a stunning soundtrack composed by Matthias Steinwachs, and you understand why Lionheart is considered a true masterpiece.

The game, an Amiga exclusive, was a risky bet for Thalion. The developers decided to show this message inside the game:

With Lionheart, you're holding in your hands the results of 16 months of struggle, enthusiasm and hard work. For young and idealistic, but nevertheless PAID people, put a lot of effort into it. Many colleagues called us crazy to make such a huge and expensive project on a pirate-tormented machine as the Amiga. Instead of stopping to support the Amiga, we'll let the users decide whether it's still possible to afford developing high-quality software on this machine or not. If we shouldn't be able to cover at least our development costs by the sales, Lionheart will be the last action game by Thalion.

Lionheart sales were decent, and this probably convinced Thalion to complete the development of the second chapter of the Amber trilogy.

When Amberstar was finished, in February 1992, Thalion started listing the features they would add to the sequel. Ambermoon would be a game 3-4 times bigger than Amberstar, with a completely revamped inventory control, bigger scale of the 2D maps, redesigned battle screen and other useful additions such as containers (boxes to store items), go-to points in automap, and more.

At some point, the lead developer, Jurie Hornemann realized he had to rewrite the code from scratch for the Amiga. This made possible the introductions of some technical improvements that would not be feasible on the ST. First and foremost, the introduction of the real-time 3D engine to render the dungeons. While Amberstar was using a pseudo-3D engine (with fixed movements of 90°, like Dungeon Master and Eye of the Beholder), Ambermoon exhibits a 3D engine with texture maps on the floor and the ceiling. Thanks to the routines written by Michael Bittner, the engine runs smoothly on a basic 68k Amiga 500 (with additional effects on the A1200), something that nobody thought was possible. It's not Ultima Underworld, but it's the closest thing you can have on the Amiga.

However, maybe the most visible improvement of the game is the outstanding 2D graphics: with 32 colors, perfect use of antialiasing, an improved font, bigger scale, gorgeous characters portraits, Ambermoon is another excellent example of pixel art.

The size of the game is enormous: Karsten Köper designed almost 1000 maps, while Amberstar was limited to 154. Matthias Steinwachs composed 30 original tunes for the soundtrack.

It took more than 1 year and a half to complete the game. When Lionheart was released, Erik Simon and other people, came to help the Ambermoon team to finish the game, which was completed in August 1993. I think we could say that Ambermoon was the work of almost all the Thalion "crew".

The end of Thalion

Unfortunately, all good things must come to an end: 1993 was the last year for Thalion. Things were not going well; the company was not making enough money: some of the people had already started to leave in spring and summer 1993, like Henk Nieborg and Monika Krawinkel. Karsten Köper left in October. In December it was announced that Erik Simon and the entire development team were going to Blue Byte. Thalion Software went bankrupt and closed in 1994.

Thalion left us 25 games, created between 1988 and 1994, all high-quality titles, some of which real masterpieces. Thalion represents a gaming industry that probably doesn't exist anymore, based on passion and technical excellence, not on profit. A spirit that probably survives only in some indie studios today. Thanks for everything, guys!

For all the ones looking for more info about Thalion, I suggest The Thalion Source, an amazing website with a lot of info. Use Google Translate if necessary :) 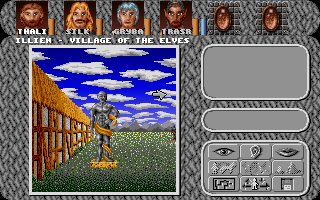 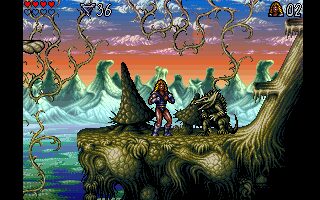 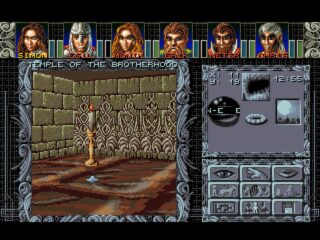 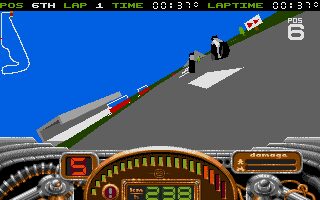 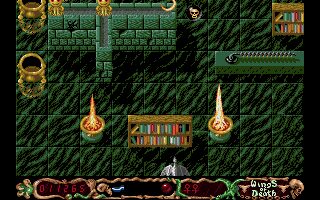 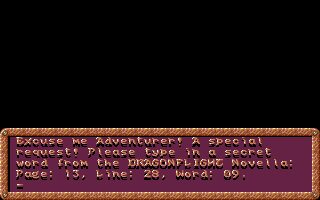 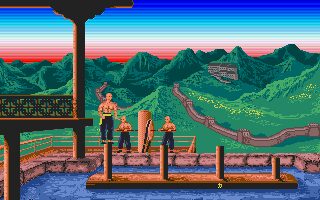