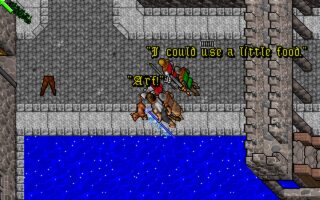 Ultima VII Part Two: Serpent Isle is a role-playing game created by ORIGIN, released in 1993 for MS-DOS. It is part of the Ultima series, and it's the sequel to Ultima VII Part One: The Black Gate. Despite the name, it's a completely standalone game.