Warlords III: Reign of Heroes is the third chapter of the saga of fantasy turn-based strategy games created by Strategic Studies Group. 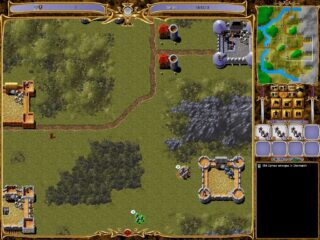 Warlords III: Reign of Heroes is the third chapter of the saga of fantasy turn-based strategy games created by Strategic Studies Group. The game was released in 1997, exclusively for Windows.

The saga designed by Steve Fawkner started on Amiga and MS-DOS in 1990 and then continued in 1993 with Warlords II, which added many new features to the original game. The release of Warlords 3 in 1997 marked an important milestone. Thanks to the increased memory and computational power of the new machines, the game could be improved in any aspect. Graphically, instead of a flat 2D background, we have a sort of isometric top-down view with many more details. All units are also fully animated. RPG elements are more important now, with heroes that will stay with you during different games of the same campaign. There also several classes to choose from, plus spells and the introduction of life points.

In terms of strategy, we now have a much more complex diplomacy system and a leveling concept for the cities that plays an important role in the game.

Warlords III: Reign of Heroes is a great fantasy turn-based strategy with RPG elements that had only one problem: it was released in a year where real-time strategy was exploding, thanks to titles like Starcraft and Age of Empires. That's why the title wasn't a commercial success.

This is probably why Fawkner started to work on a new series, Warlords Battlecry, set in the same universe but with a new RTS game engine.