Founder of Attic Entertainment and creator of Realms of Arkania

This time we take our journey to Germany, though the designer is technically American, but was born and grew up mostly in Germany. Guido “Guy” Henkel is a bona fide jack-of-all-trades as he dabbles in a little bit of everything from composing and sound design to writing and game programming.

Guido had a penchant for programming beginning in high school. After he graduated he started his very first development company, Dragonware Games in 1983. Guido created a few games and landed a publishing contract in 1985 with Ariolasof, whose parent company was Bertelsman. Through Ariolasoft Guido published Hellowoon: Das Geheimnis des Zauberstabs (sorry, I don’t have a translation for that one) and Ooze: Creepy Nites. Guy not just programmed, but also wrote Ooze: Creepy Nites. Just a few years later Guido decided to break away from Ariolasoft and do something else.

In 1990, Guido and a few of his friends from high school, Hans-Jurgen Brandle, and Jochen Hamma, decided to start the company Attic Entertainment Software. The company’s premier game, Lords of Doom, would be published that same year. Lords of Doom was a mixture of adventure and RPG gameplay. It is set in a town overrun by monsters and a couple of regular joes team up with monster hunters to take them out. The game was relatively successful for the budding company. In addition to design, Guy also contributed to the game’s sound effects.

The following year would prove to be a busy year for Attic as the company released three very different titles, Spirit of Adventure, The Oath, and Drachen von Laas. Spirit of Adventure is a fantasy game wherein you build your own party in order to discover the origin of a strange drug that has taken over the land. Players can explore, talk to people, and accept quests. The Oath is a science fiction shooter that features a female protagonist. Her goal is to join an exclusive mercenary group, but first she must prove herself worthy.

Drachen von Laas is an adventure game with a strong role-playing element. You control two friends as they leave their small village to seek out untold adventures. Two out of the three releases had a lukewarm reception, but overall the lot did fairly well. Guido contributed to the musical score of Drachen von Laas and Spirit of Adventure as well as their writing.

The company’s big break wouldn’t come until 1992, when it released the first of their Realms of Arkania series. The series was the first video game franchise to be based on the popular German pen-and-paper roleplaying game Das Schwarze Auge (The Dark Eye). The first of the series was entitled Realms of Arkania: Blade of Destiny and it was steeped in the deep Universe of Das Schwarze Auge. In the Blade of Destiny the player has to generate a party of 6, using races and classes that are a part of the DSA Universe. The system for doing this is pretty detailed and involved. The game uses two different camera views throughout. While you are exploring dungeons or towns, you see the world from a first person perspective. During battle scenes the view switches to third person and the combat is turn-based and tactical, taking many factors into consideration. The game was a hit with RPG fans, of course, but also did well with the general public. So much so that it was published in multiple languages for access in other countries.

The next installment was released in 1994 and was called Realms of Arkania: Star Trail. This sequel was remarkably similar in gameplay and design as the original. It did, however, offer many more available side quests. It also added in the element of certain events taking place that would force the player to make a decision about how to proceed. These events were variable throughout the adventure. Though just as successful as the first one, following this addition to the Arkania franchise, the company decided to take a break and a do a few other projects.

In 1995, Guido had a hand in co-producing the Amiga game Fears, a game designed by BOMB software and published by Manyk Ltd. He also co-wrote the game’s manual. That same year Guy would work on another title in a different capacity than programming called Druid: Daemons of the Mind. He would localize and translate the title as well as write the game’s manual. In 1997 Attic would act as publisher, with Guido doing the musical score, for the the title Herrscher der Meere for the developer NovaTrix. That same year, the third and final game in the Arkania series, Realms of Arkania III: Shadows Over Riva would be released. This last installment would be the first to be done only on CD-ROM using SVGA graphics. The game is similar to the first two, but offers a lot of enhancements. Another change from the first two is that the game takes place entirely in Riva, which removes the world exploration. This last one was just as well received as its predecessors, despite the fixed location. Following the release of Shadows Over Riva, Henkel would leave Attic to make the move to the United States. He cites a creative difference of opinion as the motivation for his departure. Attic would decline and eventually close around 2001. Hans-Jurgen Brandle would pass away in 2005, while Jochen Hamma is still working in the industry.

After leaving Attic Guido Henkel joined Interplay’s Black Isle Studios where he would have a hand in the creation of the famed Planescape: Torment in 1999. The game utilizes a modified version of the Advanced Dungeons & Dragons second edition rules. The Planescape is a setting from the AD&D Universe and gets its name from the fact that it is made up of different ‘planes’ of existence. It also uses the Infinity Engine that originated in Interplay’s Baldur’s Gate and uses the real-time-with-pause battle system. You play as a man who wakes up in a morgue, but he is more than aware that he is not among the living. He gets mere visions of his past, but can remember nothing. He must head out into the world to discover why he is unable to pass on. Though he starts out alone, he will acquire strange new allies who will help him along his way. When it was first released, it was not particularly successful. Years later, it gained popularity and won multiple awards. It has since gained cult status and has remained popular enough for an enhanced version to be released earlier this month on April 11, 2017.

Guido not only contributed to the creation of the game, his face also appears in the cover of the game (after a lot of make up and graphics effects).

Shortly after the release of Planescape, Guido decided to leave Interplay, and the industry to work on some other projects that included magazine articles and other works. In 2001 he came back into the game industry and was vice-president of the short lived (only 6 months) eMusement. He published a couple of mobile games in the early 2000’s. Around 2009 he began work on his successful novel series Jason Dark: Ghost Hunter. At the current time Guy writes, consults, plays music, and whatever else catches his attention. He even runs a blog, http://guidohenkel.com/, should anyone want to check it out. You can read all about his life’s exploits from gaming to rocking out and everything in between. Guido has enjoyed a long and fruitful career and I hope he keeps on keeping on. 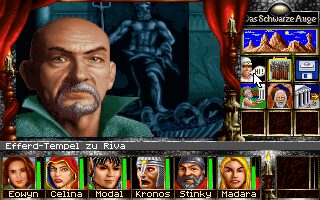 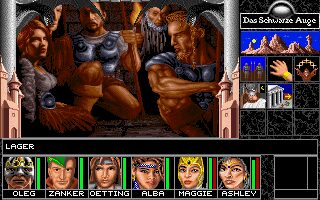 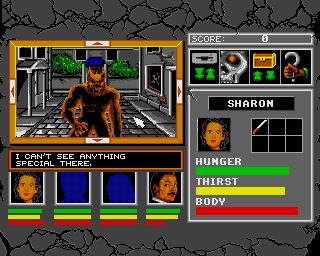 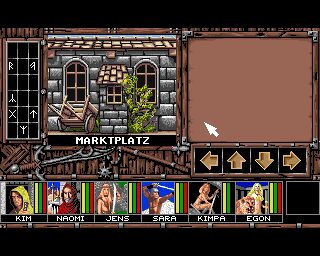 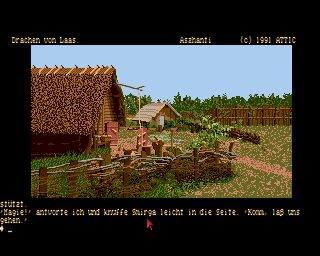 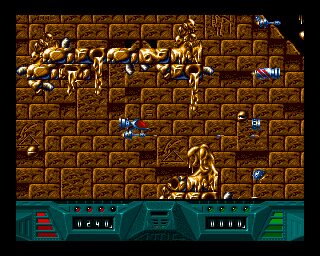